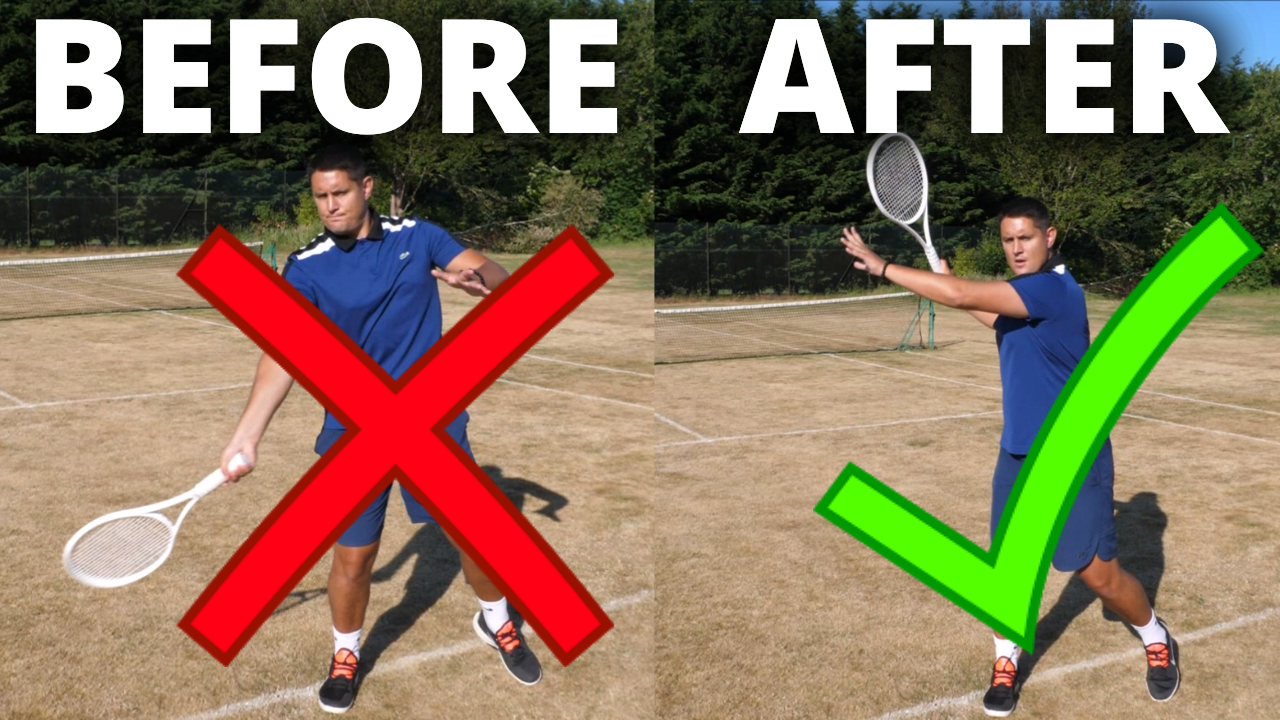 We all want to improve our tennis game faster, we want to feel good when we’re hitting.

We want to have energy on the court and enjoy the game.

But so many of us neglect three important elements of tennis and it costs us big time.
In this free tennis lesson, coach Simon Konov of Top Tennis Training will show you how to play better tennis in 15 minutes.

There are a few golden rules that all tennis players should follow, regardless of skill or playing level.

These simple tricks will help you play better tennis each and every time you step out on the court, whether it’s for practice or you’re playing a tennis match.

Tip One – Track the ball at all times.

The golden rule of tennis – watch the ball.
Yet how often do we all forget to actually do just that?

When was the last time you stepped out on the tennis court and purposely put all your focus and attention on doing the main task in tennis, tracking the tennis ball during the entire rally or point?

So often, tennis players of all levels, from complete beginners to the very best players in the world, including even Federer and Nadal, will forget to focus on and zone in on the tennis ball.

This normally results in hitting the ball off-center or shanking the shot.

When you truly focus on the tennis ball, from the time it leaves your opponent’s racket until the point it hits your strings, you’ll be setting yourself up with the best possible chance to hit the shot cleanly, in the middle of the sweet spot on your tennis racket.

Focus on the ball when it’s bouncing on your opponent’s side of the court.
As it’s rising up to their racket, as they make contact.

And track it as it’s passing the net.

Repeat this entire process for the full duration of the rally or point.
The more you practice this, the better you’ll get at focusing solely on the tennis ball.

The majority of tennis players will make this crucial error when they play tennis – hold their breath when they make contact.

There are three main types of tennis breathers:

When you hold your breath, two main things happen.
Firstly your body is tense when you make contact so the swing is not as fluid or loose as it can be.

Secondly, the body gets tired much faster.

When you exhale during the contact point, however, the body can stay relaxed and you’ll be fresher, for longer.

Focus on inhaling as you prepare for the shot, the backswing, then start to exhale as you swing towards the ball.
This will set you up really well to produce effortless power!

Often, when tennis players make unforced errors, it’s not because of a particular stroke being bad or weak but the type of shot they’ve gone for.

The two main obstacles on the tennis court that we must avoid and be aware of are:

You almost want to take the net out of play, by hitting with two or even three net levels.

Think about Nadal on clay, he rarely hits balls into the net because of his massive net clearance.

But by hitting higher over the net, we also have to get the ball to dip before the lines, this is best achieved by hitting with good levels of topspin.

If you eliminate the net and get the ball to dip, you’ll reduce your unforced errors massively.

Crosscourt vs down the line

The other major thing that will help you become more consistent and a better tennis player, in general, is hitting mainly crosscourt.

By hitting crosscourt, you’re hitting over the lowest part of the net, into the most amount of court and you’ll reduce your recovery steps to being in position.

So, the next time you play tennis, focus on just tracking the ball properly for the first five minutes.

Once you feel like you’re zoned in, focus on your breathing patterns, and finally focus on increasing your margins. 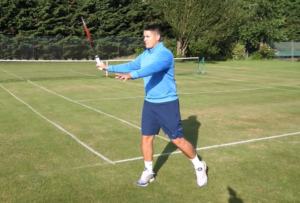